Time for retirees to lift their investment game 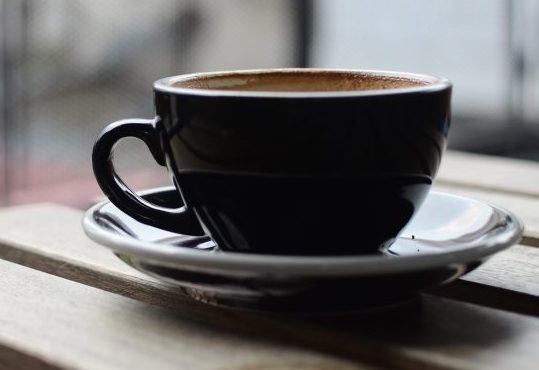 Time for retirees to lift their investment game

In less than three weeks, more than 300,000 retirees will lose all or part of their government pension.

For those on the wrong side of the pension reforms, the next few years could require some adjusting. For one thing, retirees might need to get used to the need to draw on their savings, potentially a big adjustment, given that many Australians are determined to bequeath as much money as they can to their families. Some might need to rein back their spending. Most should use the rule changes as a trigger to review their investment portfolios and check that their money is working as hard as they are – as they sip cappuccinos at the local cafe and look after the grandchildren.

The changes mean that retirees who lose a portion of the part-pension will have to earn at least 7.8 per cent on each extra $1000 of assets over certain thresholds to maintain their capital.

"If you have cash and fixed interest, you have nowhere near that. You need to think about the fact that you might need to be more aggressive and think about allocating more [of your savings] towards Australian and international shares," says Don Hamson, managing director at Plato Investment Management.

The changes in the so-called taper rate will further hit part-pensioners. From January 1, 2017 an individual's pension will be reduced by $3 a fortnight, or $78 a year, for each extra $1000 in assessable assets. Currently the amount of pension falls by $1.50 for each extra $1000 of assets. It is a significant reduction in the income part-pensioners will receive from the public purse.

Moving up the risk spectrum needs to be done with great care, particularly with any money that retirees might need to tap in the short to medium term.

But with that in mind, the good news is that the Australian market is a solid income generator. The S&P/ASX 200 benchmark can be relied upon for producing a 6 per cent yield, including franking credits, says Hamson.

He adds: "If you have a portfolio that is tailored for yield, you should be able to generate between 7 per cent and 8 per cent."

Sam Morris, a senior investment analyst at research firm Lonsec, concurs. "You should be able to get about 2 percentage points above the market yield," he tells Smart Investor.

For investors who like to do it themselves, looking at the composition of share income funds can be a useful starting place to study how best to construct a high-yield portfolio – bearing in mind that professional fund managers will use trading strategies to bolster returns.

Morris and Hamson both warn that one of the dangers of creating a yield portfolio is the risk that it will be overly concentrated in a limited number of shares. Hamson holds 90 stocks in his fund, but says 20 are sufficient for most investors to achieve diversification.

Exchange-traded funds are another convenient way to achieve a high-income portfolio, but again it is essential for investors to look at the underlying shares, the sector concentration as well as capitalisation or size biases. The use of franking credits from dividends can also give a useful boost to returns. The VanEck Vectors Morningstar Wide Moat ETF (MOAT) and the ANZ ETFS S&P/ASX 300 High Yield Plus ETF are two listed vehicles that are recommended by financial advisers.

Lonsec divides the high-yield actively managed fund universe into two – those that use a standard long-only investment strategy and those that use derivatives to enhance returns – and has four funds on its recommended list. They are the IML Equity Income Fund, the Antares Dividend Builder, the Legg Mason Martin Currie Equity Income Trust and the Plato Australian Shares Income Fund. Only the IML product, managed by Investors Mutual, falls into the second category, using derivatives to boost returns.

While high-yield shares may have fallen out of favour because of the threat of interest rate rises, they are still generating decent income, Morris says.

"The stocks have come off but you are still getting higher yield than cash," he says.

The IML fund comes with an investment fee of 0.993 per cent and turnover is relatively low, according to Lonsec.

"The conservatism of its investment approach has historically given the fund a very defensive performance pattern. Lonsec notes that over the past five years the fund has outperformed the index in 90 per cent of months in which the market fell. Conversely, Lonsec expects the fund to underperform during strong 'bull' markets," Lonsec says.

The Antares vehicle has a wholesale management fee of 0.6 per cent, "one of the lowest in the Lonsec peer group". Lonsec notes: "The bias to high-yielding, large-cap industrial stocks may result in absolute volatility of returns that is lower than the broader market."

The Legg Mason fund comes with a wholesale management fee of 0.85 per cent and "explicitly values franking benefits on the assumption that individual investors are 0 per cent tax payers".

The Plato vehicle has a 0.9 per cent management fee. "The fund has been specifically designed to be tax effective in the hands of a 0 per cent rate tax payer by capturing franking credits and exhibiting high portfolio turnover, about 150 per cent a year," Lonsec notes.