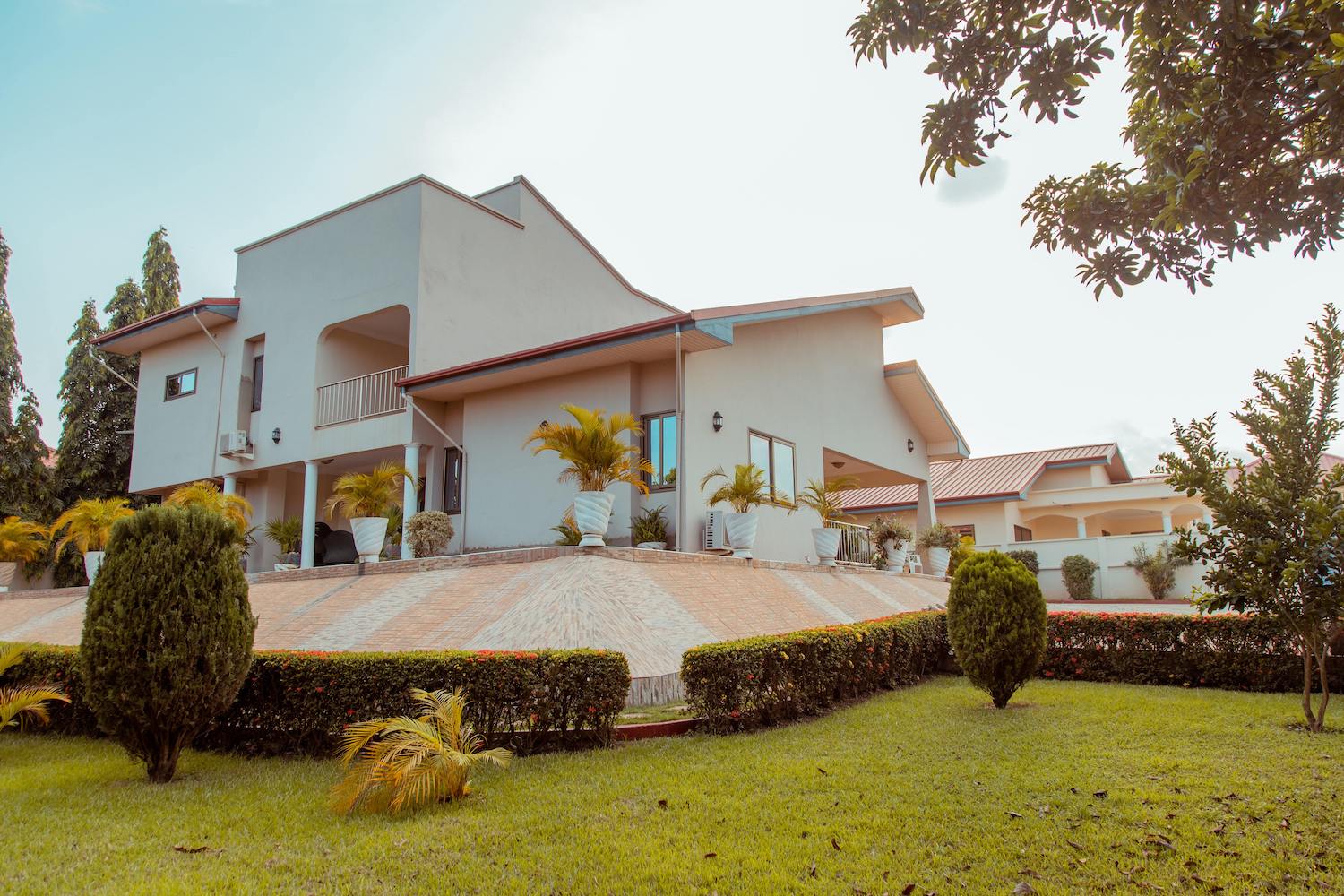 "The start of 2020 looked like the start of a property boom but was quickly brought to a halt with the onset of the pandemic. But the surge in buyer demand has pushed the property growth to new levels." - Matthew Lapish, Senior Investment Analyst

The Australian property market has soared above its pre-COVID peaks, reaching uncharted territory as record-low interest rates fuel an increase in buyer demand that current volumes of homes for sale can’t satisfy.

Melbourne home values are 5.3 per cent higher than their previous pre-COVID peak reached in March 2020, or $37,646, new figures from CoreLogic show.

Looking to invest in a property? Our property experts can help you with that.

The biggest jumps are in the smaller capital cities, with Hobart up 20.6 per cent and Canberra up 18.9 per cent between February 2020 and June 2021.

However, both cities have seen home values rise steeply over the past year, including annual growth of 9.8 per cent in Perth and a massive 21 per cent in Darwin. 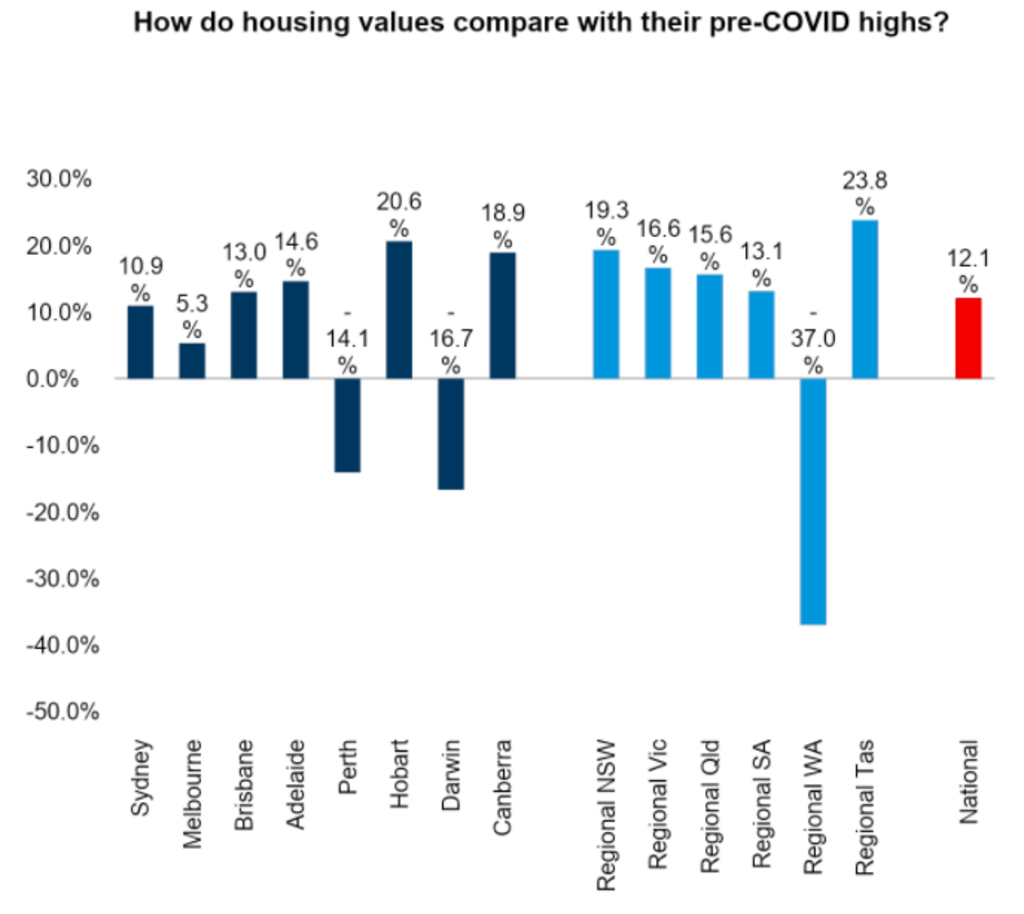 Housing values have soared above their pre-COVID highs in most cities. Photo: CoreLogic

CoreLogic research director Tim Lawless says record-low interest rates are fuelling an increase in buyer demand which is not being sufficiently met and pushing up home values.

“Record low mortgage rates … are the foundation for stimulating demand for housing,” he says.

“And as we’ve seen that demand really taking off and consumer sentiment rising, we haven’t seen a commensurate supply response.

“So, the gap between the number of homes for sale and the number of people buying properties is one of the big things driving these prices higher.”

The latest CoreLogic figures reveal that the rate of house price growth peaked in March, when national housing values rose 2.8 per cent month on month.

The autumn surge in prices brought into focus the question of whether banks were making risky loans and whether the bank regulator APRA needed to step in and make it harder to borrow money, although some economists pointed out that prices were only back to where they were before the crisis.

Since then that rate of growth has slowed, and in June it eased to 1.9 per cent – still a fast pace that has propelled the market higher than ever, prompting APRA to write to banks seeking assurances of sound lending. 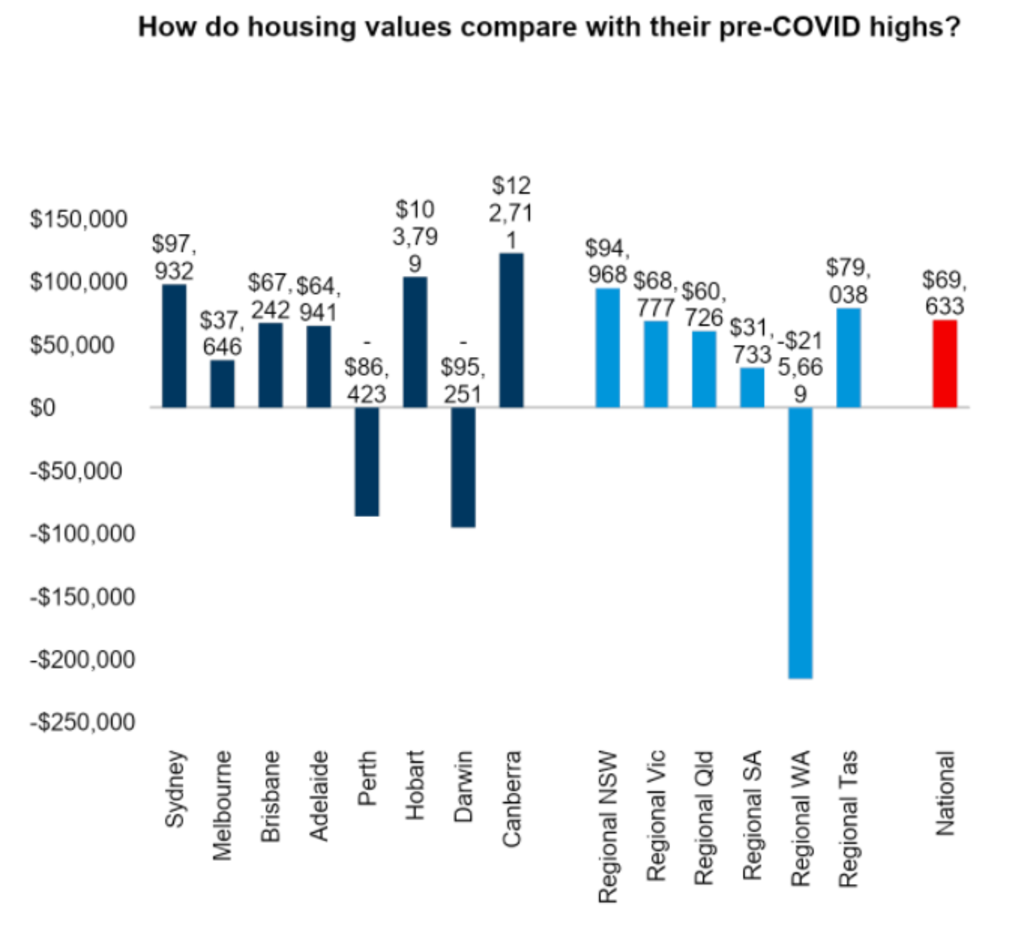 It costs thousands of dollars more in most cities to buy property now than pre-COVID. Photo: CoreLogic

“We are seeing that monthly rate of growth starting to ease off and I think we can put that down to worsening affordability in a market that is rising so much faster than household incomes,” Mr Lawless says.

“I would expect values to continue to ease in the second half of this year and into 2022. We will still see values rise but not as quickly.”

But, she says, despite the fact that Melbourne is heading into what is typically a quieter period for auctions, she believes an unseasonably busy winter is likely to push home values even higher in the coming months.

“When you compare Melbourne to Sydney, it is further behind in the property cycle and, for that reason, I think there is more room for further price growth in Melbourne,” Dr Powell says.

“We’ll see Melbourne defy the odds for a typical winter and already our figures are showing that June was very strong in terms of the number of winter auctions.

“We are likely to see prices continue to rise and push further away from their previous peak, but gains might slow from the start of the year when the Melbourne market really opened back up with a lot of pent-up demand after a year of extensive lockdowns.”

Much of the city’s forecast price growth will “depend on whether any further [COVID] restrictions come into play”, which could impact home inspections and on-site auctions.

“Prices will continue to rise in Melbourne but at a slower pace and it all hangs on what happens in terms of community transmission and lockdowns because we’re in a pretty delicate position right now,” she says.

He says preliminary figures reveal the value of Melbourne homes sold for June is “about 65 per cent higher than June 2019” and “up 40 per cent on June 2017, which was the best ever June that we’d previously had in Melbourne”.

“Considering we were in lockdown that first weekend in June this year, and only opened on the Friday before the second June weekend, to achieve results that strong is a sign there is still a lot of momentum in the market,” he says.

Mr Dullens says the group has well over 100 auctions scheduled in Melbourne on Saturday, which is unusually high given it is the middle weekend of the school holidays.

“In normal times you would not see that kind of volume of auctions in July, in Melbourne, during school holidays. So it is a strange period, but it just goes to show the huge buyer demand that is out there.”

He says while the demand continues to outweigh the supply of “high-quality properties”, he expects to see prices continuing to rise and “vendors continuing to see strong results”.

The best time to invest in your future is today!