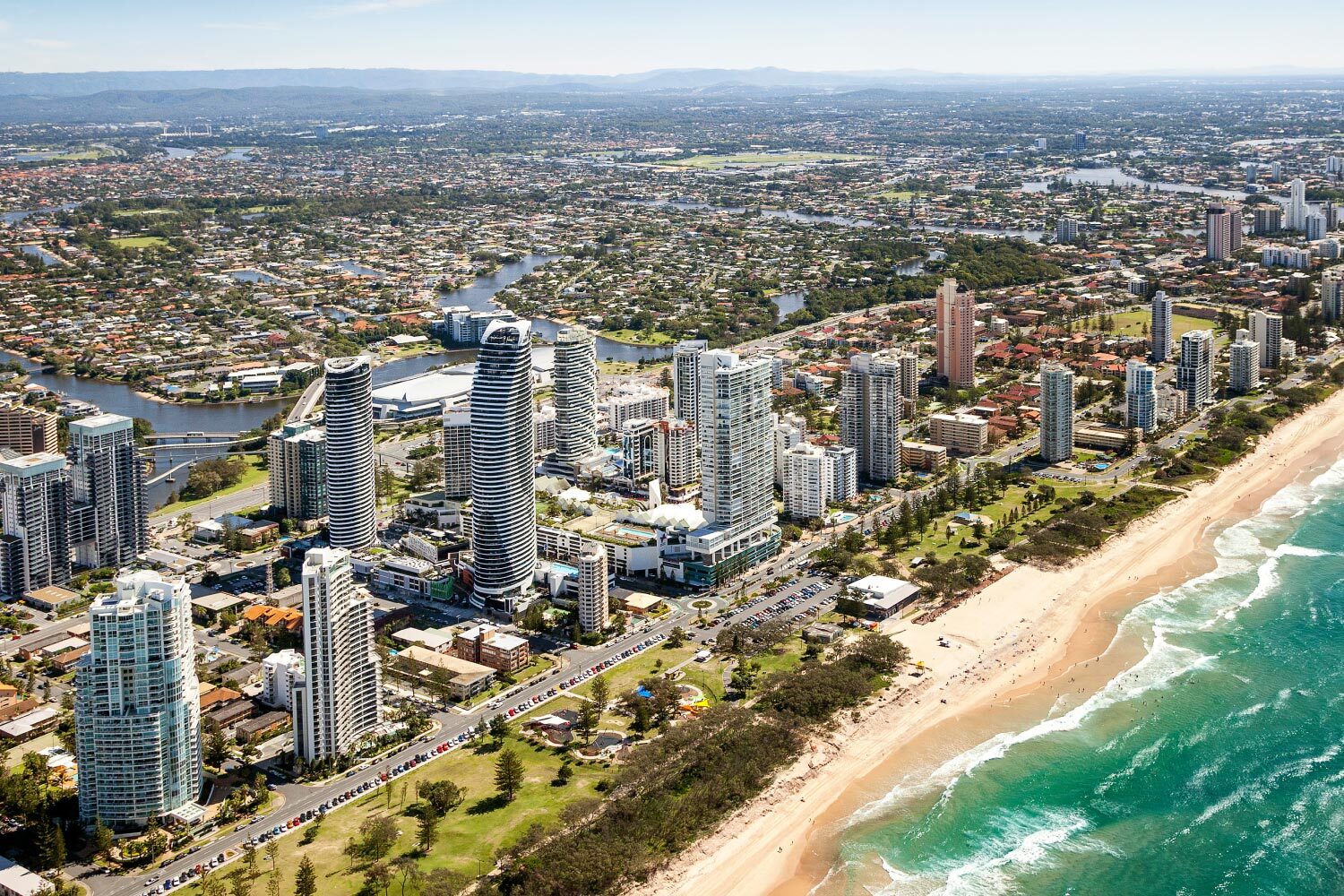 "So many headlines focus around Brisbane city, but the northern and southern beaches have a very promising future as well." - Matthew Lapish, Senior Investment Analyst

Lockdown-fatigued buyers wanting to escape the city are pushing up house prices on the Sunshine and Gold coasts which are forecast to overtake Brisbane prices within three years.

The Australian Housing Outlook report from BIS Oxford Economics has found that while there was a slight downturn in the property market in early 2020 as concerns grew during an emerging pandemic, it had proven "remarkably resilient" since.

For Queensland, which largely skipped the lockdown lethargy forced on Victoria and New South Wales, it meant a rush of interstate arrivals.

The report found that while Brisbane's market is "set to get even stronger", it would not keep up with the interstate demand for houses on the Gold and Sunshine coasts.

"It's putting the pace of house price growth in these two areas much higher than that of Brisbane," it said.

"Brisbane will remain relatively affordable when compared to Sydney or Melbourne," the report said.

It also found that the flow of interstate arrivals would help the Queensland capital "prevent a sharp slowdown in momentum" before 2024.

Average house prices in Toowoomba, Cairns, and Townsville are all predicted to increase.

"Never did anyone see this coming," she said.

"The market has definitely shifted very, very strongly in the last six months in particular."

Ms Capper said demand was expected to surge further when borders reopened in December, despite lockdowns ceasing in Victoria and New South Wales.

"We're finding it still very strong at the moment," she said.

"So obviously they've had enough with the situation that they've been having down south, they're wanting to relocate up to Queensland.

"We are expecting that once the borders do open that that increase will happen quite dramatically, obviously, because it's also at Christmas time."

Some real estate agents in the region have reported spending up to two hours a day on the phone to interstate buyers.

"Half of our inquiries are coming from down south," Ms Capper said.

"It's all done virtually, so a lot of our conversations are done by FaceTime and video walkthrough.

"It gives them enough satisfaction that they can put an offer and a contract on the property."

For those already battling to buy a house or cope with rising rents, the report has found little relief on the horizon.

St Vincent De Paul's John Harrison works with those facing the crushing weight of the booming property market in Noosa and across the Sunshine Coast.

He said some struggle for as long as they can — maybe even taking on boarders or sub-tenants — before being forced out of town.

"I don't know how people could afford it. I really don't."

He said some will consider leaving their home town, where their family may have lived for generations, only to struggle to find a rental home elsewhere.

"If you look along the east coast seaboard there's no vacancy rates above 1 per cent," he said.

"Our strategy is, because of the craziness of the situation, is to keep anyone in a tenancy as far as humanly possible.

"It will ripple out because people are having to move further north, but it'll catch up.

"Families that used to come don't seem to be around anymore. I think quite a few people have moved further north."

Mr Harrison said he wished luck on those benefiting from the exploding property prices, but feared for what comes next.

"What hope is there for the next generation?" he said.

"It'll ripple out everywhere — a million [dollar housing] will be commonplace everywhere.

"It's going to make it virtually impossible, unless you've got rich parents or some other form of income, you won't get into the housing market."