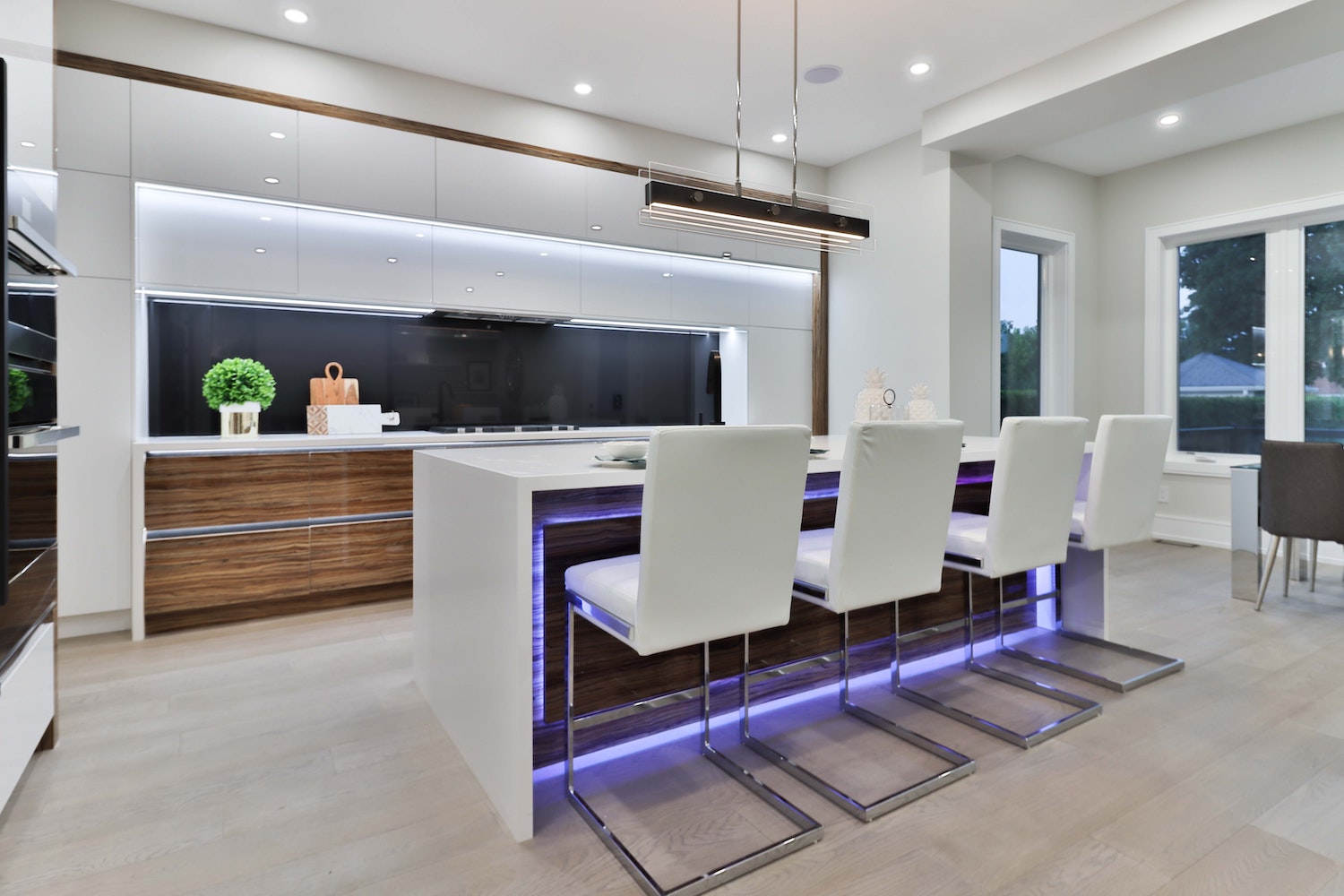 "The RBA announced a cash rate cut to 0.10 per cent in their latest meeting. Our team of lending specialists can keep you up to date with the latest home loan rate drops!" - Catherine Mapusua, General Manager

Australia's official cash rate has plunged to 0.10 per cent, marking the lowest interest rates in the nation's history.

Economists of the Reserve Bank of Australia (RBA) today decided to slash rates in a bid to stimulate the country's economy out of a COVID-19-driven recession.

It's the third time interest rates have been cut this year. In January 2020, the official cash rate was 65 basis points higher at 0.75 per cent.

Several lenders have already dropped their home loan rates! Contact us today to see if you're on the most competitive home loan rate.

In his monetary statement, RBA Governor Philip Lowe said the reasoning behind the cut was to provide credit to more Australians.

"At its meeting today, the Board decided on a package of further measures to support job creation and the recovery of the Australian economy from the pandemic," Mr Lowe said.

"With Australia facing a period of high unemployment, the Reserve Bank is committed to doing what it can to support the creation of jobs.

"Encouragingly, the recent economic data have been a bit better than expected and the near-term outlook is better than it was three months ago."

The RBA said it intends to keep interest rates at 0.10 per cent for the next three years at least.

Interest rates in Australian since 2000 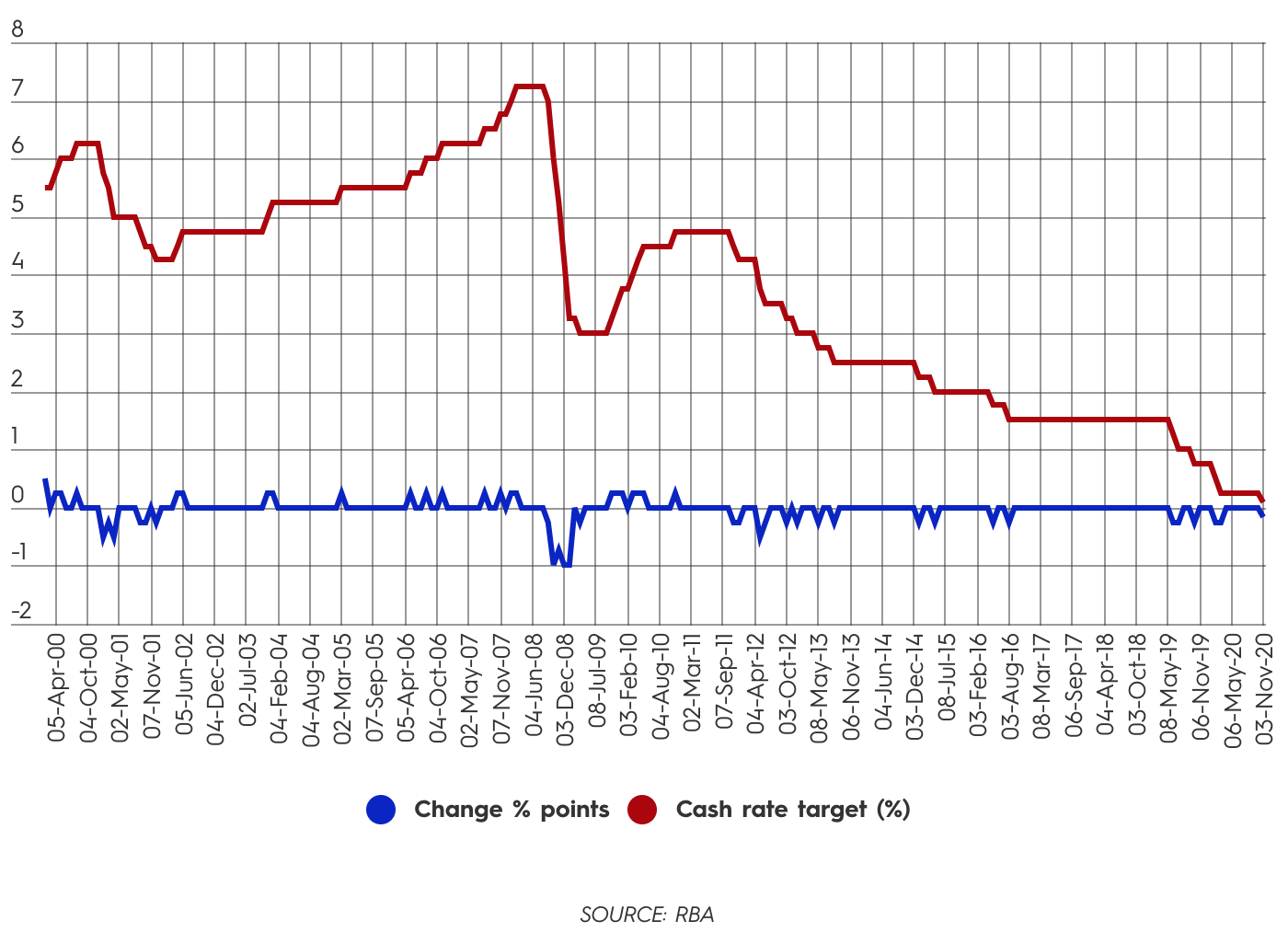 Graham Cooke, Insights Manager at Finder, said it's the first time since 2011 that the central bank has cut rates on Melbourne Cup day.

"For the first time since 2011, the RBA has declared a Cup Day cut despite some skepticism from experts around the effectiveness of further monetary stimulus measures," Mr Cooke said.

"But significant considerations like the strength of the Australian dollar and a lagging Victorian economy have supported the case for further easing.

"I suspect the horse races weren't the only thing punters were betting on today."

Treasurer Josh Frydenberg welcomed the rate cuts today, saying it will help families lift the country out of a recession.

"For someone with a $400,000 mortgage, the average across the country, what we have seen with today's announcement where it has come from down 75 basis points to just 10, that is worth $1,000 a year for someone with a mortgage that size," Mr Frydenberg said.

"Some of the banks have already priced in today's announcement by the Reserve Bank, it had been highly forecast and highly expected."

What record-low interest rates mean for the average Aussie

Australia's interest rate – also known as the country's "cash rate" – is the amount of money every bank has to pay on the money it borrows.

The lower the interest rate on a loan you have with a financial institution, the less money you have to pay back.

So what does today's cut mean for you?

For many mortgage holders, the difference could be just a few more dollars in your pocket every month. If your bank passes the full rate cut on – and that is an "if" – the average mortgage holder could have an extra $33 a month.

We can find you a lender that best suits your situation.