How Will The 2032 Brisbane Olympics Affect Property Markets 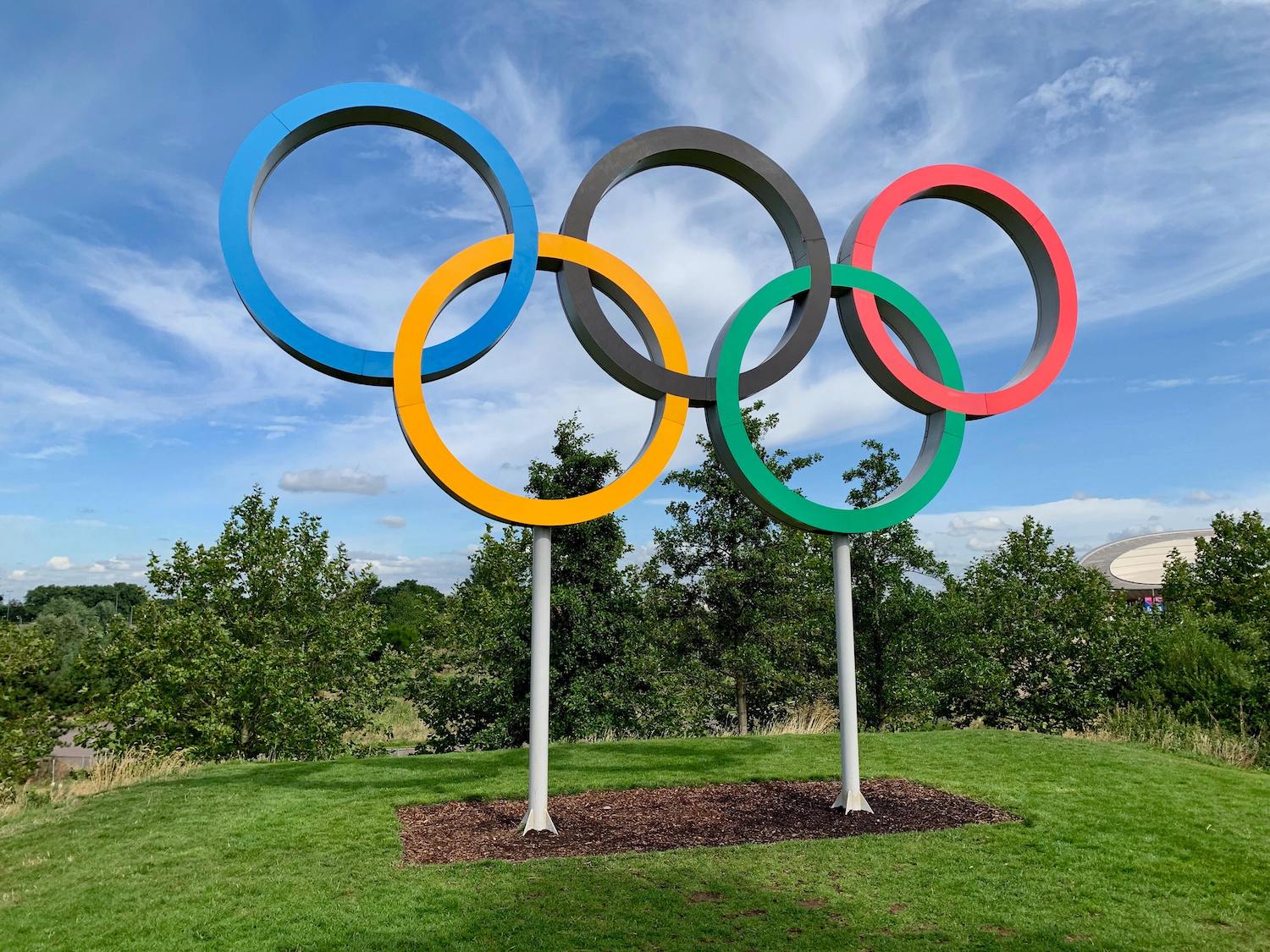 How Will The 2032 Brisbane Olympics Affect Property Markets

"The Olympics gives cities a boost in infrastructure, but does it actually promote the surge in house prices? Read more here!" - Matthew Lapish, Senior Investment Analyst

Exciting times ahead, Australia. It now looks like a formality that south-east Queensland will host the 2032 Olympic Games. More than 10,000 of the world’s best athletes from more than 200 nations will be gearing up to put on the show of all shows Down Under in 11-years from now.

Looking to invest in the Brisbane property market? Our property specialists can help you.

Aside from the Games itself being a great spectacle, I hope that the event leaves a legacy consisting of a suite of great infrastructure projects that Australia’s fastest growing region enjoys for generations to come.

Brisbane City is just one of eleven (11) city councils of the south-east Queensland region. The combined population of 3.7 million generally increases by circa 150,000 per year and is currently housed in 1.25 million dwellings.

Sunshine Coast, Gold Coast, Toowoomba and Brisbane already have six (6) major universities between them. And, with a growing and ageing population, continuous investment in health infrastructure will always be essential.

Judge success by the legacy that the Olympics leaves

My infrastructure project wish-list for prioritisation over the next decade includes a new passenger rail corridor from Brisbane to Maroochydore and from Brisbane to Toowoomba. And no less than 3-lanes of highway (each way) connecting Noosa to Coolangatta is an absolute must!

The SEQ Games committee will have failed unless state-of-the-art multipurpose entertainment facilities are developed on the Sunshine Coast, at Brisbane’s Roma Street precinct and in Toowoomba.

Just imagine how good it would be if the legacy included a new precinct containing a world-class sporting centre of excellence that was capable of attracting medical students from all over the world for advanced education in sports science. And a unique tourism attraction in the form of a sporting museum.

Let’s hope the powers that be have a vision which extends beyond a one-off event.

As far as south-east Queensland real estate is concerned, the region already has an incredibly diverse offering. From $355,000 for a median priced house in Australia’s most productive vegetable precinct, Lockyer Valley, to $700,000 for a basic house in middle-ring Brisbane or Gold Coast.

Already, there has been speculation that hosting of the 2032 Olympic Games will trigger a property boom in south-east Queensland.

For the record, I personally reside in south-east Queensland and have more than one vested interest for wanting its property markets to perform well.

I also respect that property markets do not have ears: barracking from the sidelines will never influence how they perform!

So, let me be crystal clear: a sporting event is not a property market growth driver. It is a sugar fix. Sugar is not a sustainable energy source. Anyone making a big financial decision such as real estate under the influence of sugar should consult a dietician.

Generally speaking, the direct benefit to property markets from hosting such a big international event comes from the bringing forward of investment in big-ticket infrastructure.

History says that host cities are announced 7-years in advance of the event itself and that the bulk of the infrastructure spending occurs during the 4-years immediately prior to the event.

The global exposure and local enthusiasm created can linger for up to a year after the event. So, the property market benefits tend to span a total of 5-years.

But there is a long list of factors that have a significantly bigger influence on property markets than an international sporting event. The broader national economy at that time, credit policy, and monetary policy are key macro factors, while local housing supply, political stability and broader local economic conditions are among many micro factors.

How property markets might perform in south-east Queensland in 7 to 12 years’ time from now is as predictable as what might then be happening on the South Pole.

I do know this: whether south-east Queensland real estate is booming or not in 2032 will have little to do with the Olympic Games.

A big bunch of gum-flappers will claim that the most successful (Sydney 2000) Olympic Games ever was the cause of Sydney’s property boom wherein the median house price increased by 88 percent over the 5-years ending 2001.

The reality is that the start of this century is etched in history as one of Australia’s most prosperous eras. Property markets right across Australia benefitted from long-term political stability, major tax reform (GST implementation), the biggest ever government grants and incentives for property buyers, free-flowing credit, large scale privatisation, a global technology boom and unprecedented economic development.

As illustrated in this graphic, it is worth noting that locations that were not involved with past big global sporting events produced stronger property markets than the host cities.

London recently hosted the 2012 Olympic games. The $16 billion that it spent in preparation for hosting the Games was up there with the biggest ever investments yet the 38 percent increase in London’s median house price over the 5-years ending 2013 is hardly a boom.

It has been reported that it will cost significantly less ($4.5 billion) to put on the 2032 Olympic Games in south-east Queensland and the message we’ve all been sold is that it will be a cost-neutral exercise (a $1.8 billion grant from the International Olympic Committee plus sponsorship revenue and ticket sales is expected to equate to $4.5 billion).

The Queensland government has trumpeted that it already has the bulk of the infrastructure and facilities required from recently hosting the 2018 Commonwealth Games.

With 71 competing nations and 4,400 athletes, the 2018 Gold Coast Commonwealth games was a smaller version of the Olympics. Over the 5-years ending 2019, Gold Coast’s median house price increased by 22 percent, very much a middle-of-the-road performance when compared to other parts of Australia during that time.

Key to Gold Coast’s underwhelming property market performance was Queensland’s disappointing economy. The Sunshine State has now produced eleven (11) consecutive years with an unemployment rate that has been consistently locked above the national average.

Prolonged mismanagement of state finances has resulted in the Queensland state government being in debt up to its eyeballs. Accordingly, the high annual interest bill and fragile credit rating significantly constrains its ability to direct sufficient financial support where and when required for the state’s fast-growing population.

And the economic disappointment is there for all to see with the property markets of every Queensland location (excluding Noosa, which is heavily influenced by Melbourne money) lagging well behind umpteen southern property markets.

Moving forward, it is worth noting that, compared to past Olympic Games, the 2032 Olympic Games requires a significantly smaller investment to host it. And the traditional 7-years from announcement to event date has been extended to 11-years, thereby further diluting the investment.

While the anticipated investment in infrastructure will be important to south-east Queensland communities, one would be wise to keep the potential impact on property markets in perspective.

Whereas COVID-19 was the event that exposed the natural-born pessimist’s lack of skill for analysing all pieces of the property puzzle, the 2032 Olympic Games has the potential to expose those same shortcomings of the optimists. Beware the wishful thinkers!

The best advice that I can give anyone who truly cares is to enjoy the Games for what they are and ignore the property market gum-flappers.

We’re here to help you outline your action plan so that you can achieve financial independence.