Forecast time? BOOM time for Brisbane according to SQM Research 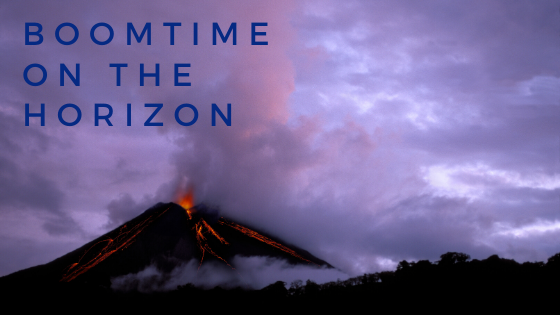 Forecast time? BOOM time for Brisbane according to SQM Research

"SQM's research house has provided some further evidence to support what we have been suggesting what's coming which is a very exciting prospect for all our clients who have purchased investments in the Greater Brisbane region. With 4-7% growth expected to be reached if the RBA cash rate is cut to 0.5% as experts are predicting."

Record low interest rates and cheap credit could boost Brisbane home prices by up to seven per cent in one year, a new report reveals.

SQM Research’s Housing Boom and Bust Report for 2020, released today, forecasts an increase in home prices in the Queensland capital of between three and seven per cent — a recovery from the sluggish growth recorded in the first half of 2019.

The base case scenario forecast assumes no changes in interest rates and no intervention by the Australian Prudential Regulation Authority (APRA), in which case SQM predicts Brisbane home prices would increase between three and six per cent.

In the best case scenario for Brisbane, prices are forecast to rise between four and seven per cent if interest rates are cut to 0.5 per cent by April 2020.

And the worst case would be if interest rates are cut to zero, which SQM predicts would trigger price falls.

“An increase in mining investment is coming through as we speak and that’s going to be a nice job creator for the city,” Mr Christopher said.

But while Sydney and Melbourne home values are set for a sharp rebound, Mr Christopher said he had doubts about the sustainability of the recovery in those “overvalued” markets.

“Brisbane is definitely offering better value for money for those who decide to move from Sydney to Melbourne.

“The problem in the past has been people will come from the south but struggle to get jobs, but the economy’s picking up and I think there will be more white collar jobs on offer in Brisbane over 2020 and 2021, which may well encourage more buyers from down south.”

Mr Christopher said he also anticipated a recovery in Brisbane’s rental market in 2020, with rents forecast to increase between three and five per cent.

“Brisbane is increasingly facing a shortage of rental accommodation after years of being in surplus,” he said.

“Vacancy rates are consistently falling and it has turned into a landlord’s market.”

From an investment perspective, Mr Christopher said Brisbane’s eastern suburbs were most likely to outperform.

“When I look at rental vacancy rates, they tend to be tighter in Brisbane’s east than other regions,” he said.

“I think it’s a matter of lifestyle. The bulk of residents, if they were going to pick a region in which to live, would probably pick Brisbane’s east.”

It comes as the NAB changes its expected timing for the next interest rate cut.

The bank now expects the Reserve Bank of Australia to slash the official cash rate to 0.5 per cent in February 2020 — and potentially announce a package of unconventional policy should there be a need to provide further stimulus to the economy going forward.

"To be clear, we think that the RBA should actually provide a further interest rate cut next month with private sector growth remaining weak and little evidence to date that prior easing or the tax rebates has done enough to offset the weakness in the economy,” the bank said in a note to clients.

“However, for now, the RBA appears to be in a holding pattern, while it assesses the impact of prior rate cuts and ‘the gentle turning point’.

“We see an improvement in growth over time but not to a sufficiently strong rate of growth to prevent the unemployment rate beginning to rise.

“At the same time, the government does not seem to be inclined to provide material fiscal stimulus in the near term, which increases the need for the RBA to ease further (including a further rate cut and unconventional policy) should our forecast of a deteriorating labour market materialise.”

Brisbane couple Kimiora, 25, and Michael Bennallack, 33, are selling their house in Fairfield and hope to make a profit so they can upgrade to a bigger home in the area.

They spent the past three years renovating it and are ready to move on to their next project.

Mrs Bennallack said access to cheaper credit and the recent interest rate cuts, coupled with the prospect of more to come, had helped them to achieve their goals more quickly.

“We refinanced our mortgage at the start of the year, which was really good, and the rate cuts have given us a bit more money in our pockets to do things around the house and give it more street appeal,” Mrs Bennallack said.

Marketing agent Maree Grieve of Place – Annerley said the property had already gone under contract after its first open home on Saturday.

“We had 29 groups of buyers through, multiple offers and it went under contract on Monday,” Ms Grieve said.

“I think what we’re finding is there are definitely a lot more first home buyers in the market because money’s so cheap at the moment. People are saving and buying instead of renting.”