"Brisbane property values have already seen an upward trends, and can only improve with Brisbane secured as the 2032 host." - Matthew Lapish, Senior Investment Analyst.

Article written by Renee McKeown at the Urban Developer

Brisbane house prices will hit the $1-million median well before the 2032 Olympics with suburbs near venues tipped to move up to $3.9 million.

Property projections from PRD Research indicate the median price would reach $1.7 million by 2033 and would be “immensely” boosted on the Gold and Sunshine coasts.

“The year after the 2000 Sydney Olympics, Newington (site of the athletes’ villages) and surrounding suburbs’ median house prices grew by 13.4 per cent,” Mardiasmo said.

“Median house price growth was not limited to the year after the Olympics. It grew by 38.5 per cent two years after, and 66.4 per cent three years after. 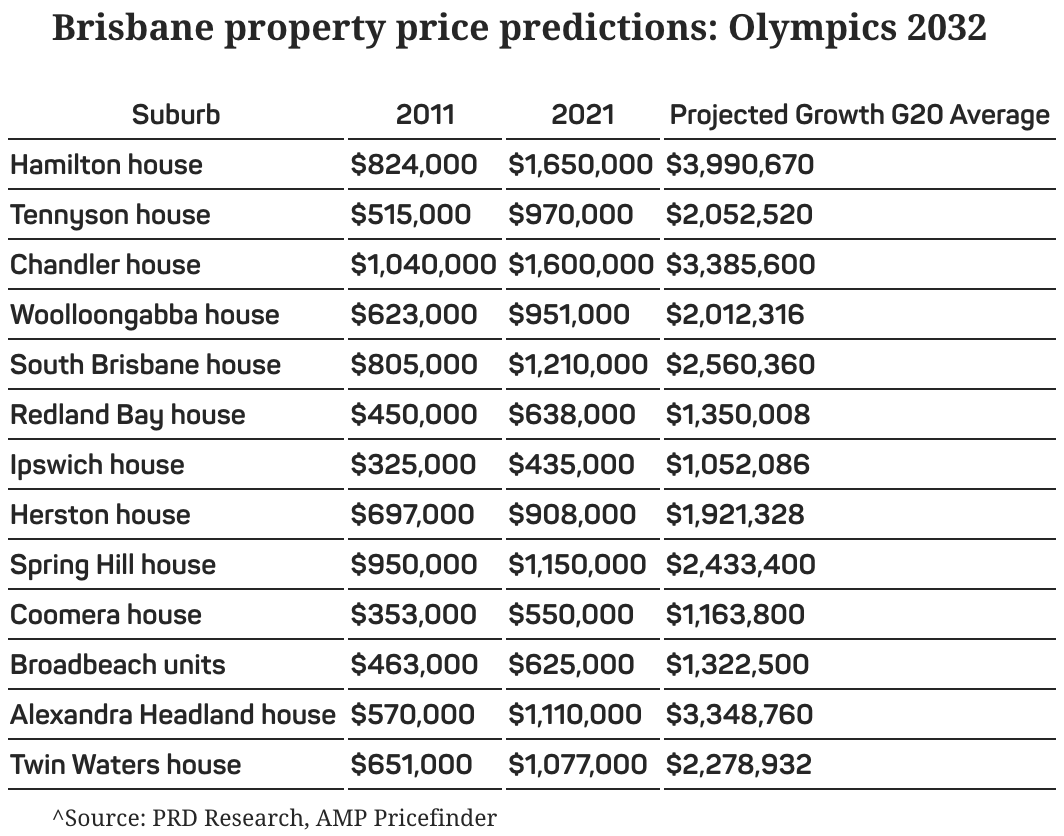 “Bearing in mind the 2032 Olympics are still 11 years away, and based on how the Brisbane market is travelling, the potential to eclipse this price point is high,” Mardiasmo said.

“Regardless of the calculation method, the conclusion points us to Brisbane becoming a $1-million median house price city sooner rather than later. ”

“It suggests that upgrading homeowners are fuelling house prices, as well as interstate and expat buyers moving from more expensive cities,” Powell said.

Melbourne and Canberra officially joined Sydney in the $1-million home club in the July results.