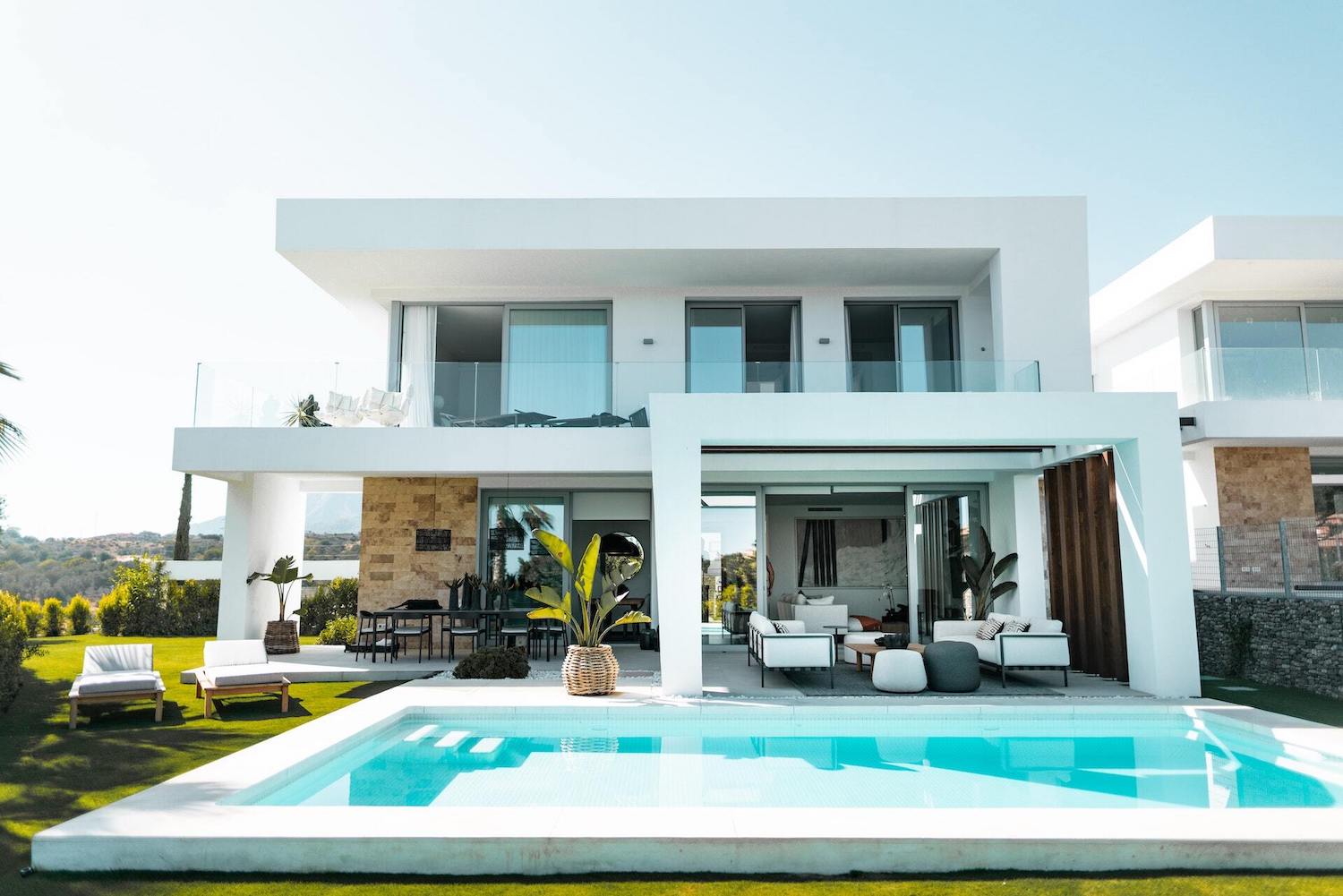 The Urban Developer’s Brisbane housing market insights for May reveals increased demand for houses and approvals for new units has been underpinned by increasing consumer sentiment and a surge in interstate migration.

This resource, to be updated monthly, will collate and examine the economic levers pushing and pulling Brisbane’s housing market.

Combining market research, rolling indices and expert market opinion, this evolving hub will act as a pulse check for those wanting to take a closer look at the movements across the market.

Brisbane’s housing boom continued in May with home values climbing another 2 per cent in just one month.

Brisbane values saw a peak-to-trough decline of 0.9 per cent across a four month period last year, before dwelling values recovered to a new record high by October 2020.

House prices have since increased at such a rapid rate that homeowners in Brisbane’s most popular inner suburbs are now collecting up to $50,000 per month in capital gain.

Brisbane home values have increased by 6.2 per cent in the past three months to be up more than 10 per cent annually.

While still trailing house price growth by a wide margin, unit values have strengthened across Brisbane as investors start to return to the sector and strong internal migration flows to south-east Queensland, as well as other tailwinds for housing demand more broadly.

The federal government has rolled out its latest budget in May, a single-year plan centring on aged care, childcare, infrastructure, investment tax breaks and more help for home buyers as it tapers off the record spending from last year’s budget.

Strong tailwinds will bolster the Australian economy through the second half of the year, but macro-prudential measures are likely to be introduced to ease house price pressures in 2022.

Queensland faces a “hard road” during the next four years as the state recovers from the coronavirus pandemic, Treasurer Cameron Dick says.

What the experts are saying about Brisbane's housing market

“The combination of improving economic conditions and low interest rates is continuing to support consumer confidence which, in turn has created persistently strong demand for housing.

“At the same time, advertised supply remains well below average. This imbalance between demand and supply is continuing to create urgency among buyers, contributing to the upwards pressure on housing prices.

“The pace of capital gains has slowed since the end of March, seen in the lower rate of growth in home values, and a softening in auction clearance rates.

“However, housing values are still currently rising faster than the peak rate of growth in recent cycles.”

“Prices will slow in the second half of the year—we’re already seeing more (housing) stock come onto the market and auction clearance rates are slowing,”

“The market will continue to have strong results despite some rises in interest rates for people with fixed loans.

“Some of the three-year and three-year-plus rates are rising a few basis points but it won’t really hit the market hard. It could affect people on the margins.”

“Queensland’s upswing has accelerated over the last three moths and is starting to tip into boom territory.

“Sales are running well ahead of listings, especially for houses, with stock on market down to just 3.4 months of sales in Brisbane – the long run average is five months.

“The only softer markets in the city are top- and middle-tier Brisbane units and the inner CBD.”

“Housing finance has a strong leading relationship with dwelling prices.

“The strength in lending means that home prices will continue to rise strongly over the near term.

“Lending to first home buyers has declined for three consecutive months which suggests that affordability constraints are biting.”

NAB had previously predicted a rise of 14 per cent across all capital cities over 2021, but NAB Group chief economist Alan Oster said the bank had upgraded this to 16 per cent rise in Brisbane.

ANZ economists forecast Brisbane house prices will rise by 9.5 per cent next year, as low interest rates and government stimulus flow through the economy.

CBA now expects Brisbane house prices to increase by 16.6 per cent to December 2022 compared to 13.7 per cent in Sydney and 12.4 per cent in Melbourne.

Westpac has also updated its property forecasts, with Brisbane real estate prices tipped to surge 20 per cent between 2022 and 2023.

Brisbane continues to be the capital city that provides buyers and investors with “most bang for buck” for both houses and units.

The number of buyers searching for homes in the $1 million price point in Brisbane has gone up 30 per cent in the last three years, from 20 per cent of all buyers in 2019, to 26 per cent today.

New listings (less than 30 days old) in Brisbane slowed across May falling by 7.1 per cent with the downward trend in old listings suggesting strong absorption rates.

The proportion of Brisbane sellers bumping up their asking price mid-campaign continues to tail off from peak levels reached late last year.

Vendors in the premium suburbs of Brisbane were the most bullish, indicating the upper end of the market will continue to lead price growth in the coming months.

The biggest drops in rental vacancies and listings were concentrated in the CBD and around universities.

Traditionally in Brisbane, vacancy rates have been tight; hovering well below the level of 2.5 per cent vacancies, which traditionally represents a balanced rental market.

However, record-low rates, government support, and stimulus measures, and the pandemic-driven rush north by residents of Melbourne and Sydney has powered the recovery in Brisbane’s rental market, driving the rate down to a near nine-year low.

Brisbane’s rental vacancy rate fell to 1.4 per cent in April from 1.7 per cent in January and was well down from 2.2 per cent a year earlier, according to SQM Research.

^Australian Bureau of Statistics, (Suspension of trend series between May 2020 and Jul 2020 due to Covid-19)

Detached housing approvals increased by 14.8 per cent in the three months to April 2021, to be 63.7 per cent higher than the same time last year.

Although new home sales fell in April, the results suggest that a significant number of new homes are still entering the construction pipeline for customers post HomeBuilder.

Low interest rates, strong house price growth and an increased preference for detached homes and regional areas will continue to drive demand for new houses over the months to come.

In seasonally adjusted terms, detached approvals saw the biggest increase in the three months to April 2021 compared to the same time last year in Queensland, up 65.7 per cent.

According to the Australian Bureau of Statistics, residential construction surged by 10.2 per cent in Queensland across the March quarter.

New data from the ABS and APRA have provided updated insights into the housing lending space, which is highly correlated with trends in home prices and sales volumes.

Lending for the purchase of property hit record highs through April 2021.

Across Queensland, the number of loans to owner-occupiers for the construction of a new dwelling in the three months to April 2021 compared to the same time last year more than doubled in to be up 145 per cent.

However, the concentration of mortgages regarded as “higher risk” remained around average levels through the start of the year.

As new lending continues to rise, ABS housing lending indicators have pointed to a continued shift in the profile of the buyer, with first home buyer lending falling for a third straight month against a rise in other types of secured finance.

While the investor segment saw the fastest increase in the value of finance, owner-occupier buyers who were not first home buyers (such as up-sizers, movers and down-sizers) maintained the most dominant share of housing finance for the purchase of property by value.

Brisbane’s population grew by 1.9 per cent during 2019-20, recording the highest growth rate of all capital cities, according to Australian Bureau of Statistics data.

Queensland experienced its biggest boom in new residents in almost two decades the December quarter of 2020, with a net gain of 30,000 people from interstate.

Queensland’s population is expected to surge by more than a quarter of a million people in the next four years according to forecasts in the federal budget, as people flood in from other states.

Treasury boffins have predicted Queensland is set to gain around 20,000 people from interstate each year for the next four years—amounting to almost 85,000 new residents by mid-2025.

Next year alone, federal treasury estimates see Queensland gaining 23,800 new interstate residents, while Victoria is set to lose 1200 and New South Wales is tipped to shed as many as 15,500.