Australia’s Top Performing Areas Over the Past Decade 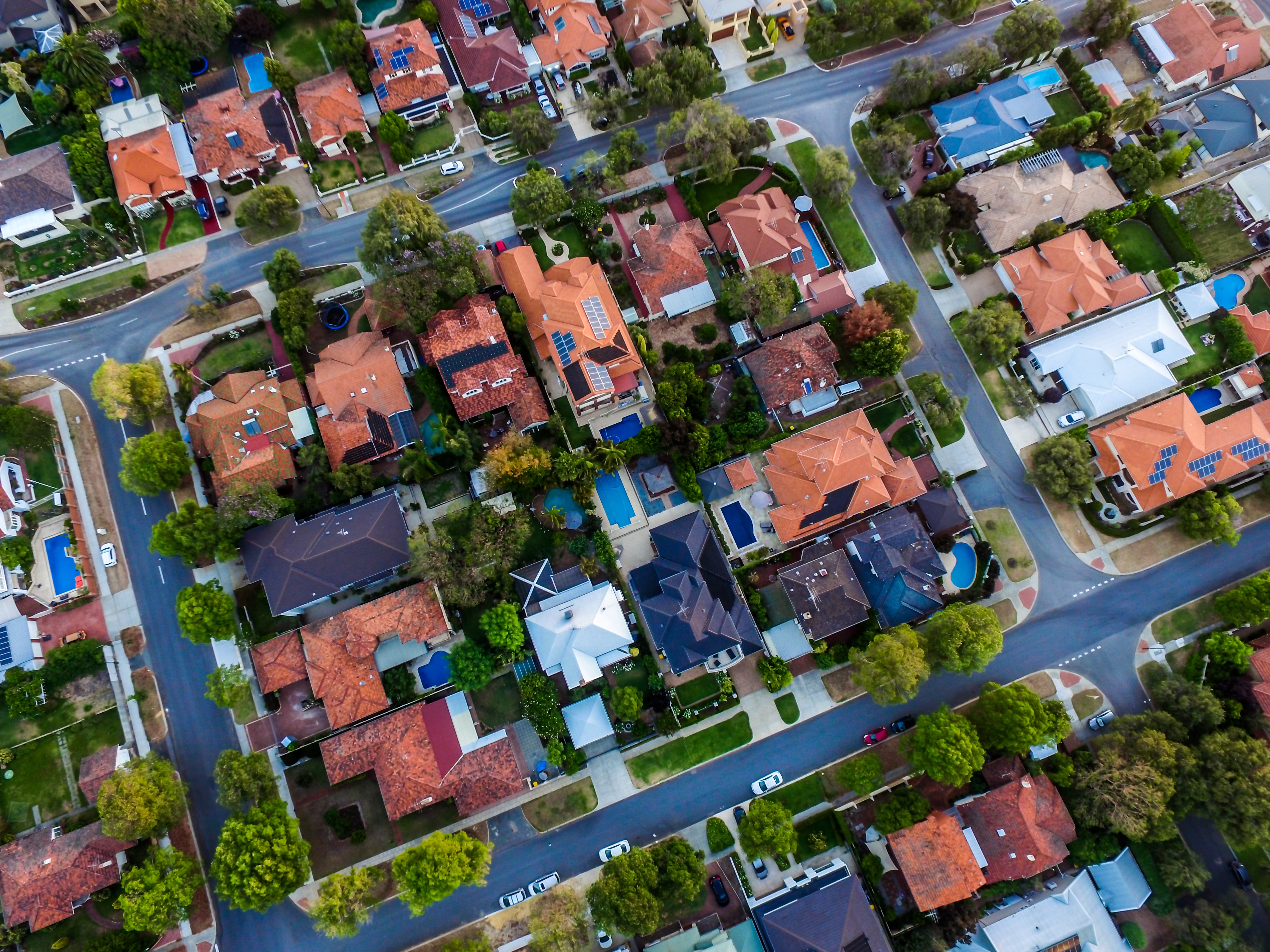 Australia’s Top Performing Areas Over the Past Decade

"The High Growth Corridors of the Metropolitan Area of Brisbane, where billions of dollars worth of investment in infrastructure have commenced, could experience growth far above the average." - Michael Ferguson, Senior Financial Strategist, Inception Wealth Group

Brisbane, Adelaide and Canberra are in the running for the cities with best capital growth prospects in the coming 10 year period.

According to Corelogic data, Sydney recorded the highest average annual capital growth over the 10-year period at 5.5 per cent, followed by Melbourne on 4.9 per cent and Hobart at 3.4 per cent.

The Corelogic analysis, undertaken with PIPA, identifies the best performing locations for average annual capital growth in every Australian city over the past 10 years.

“Annual growth of between 1.3 per cent to 2.8 per cent over the past decade is part of the reason why so many investors and property investment experts are eyeing Brisbane, Adelaide and Canberra as potentially having the best capital growth prospects over the next 10-year period,” Koulizos said. 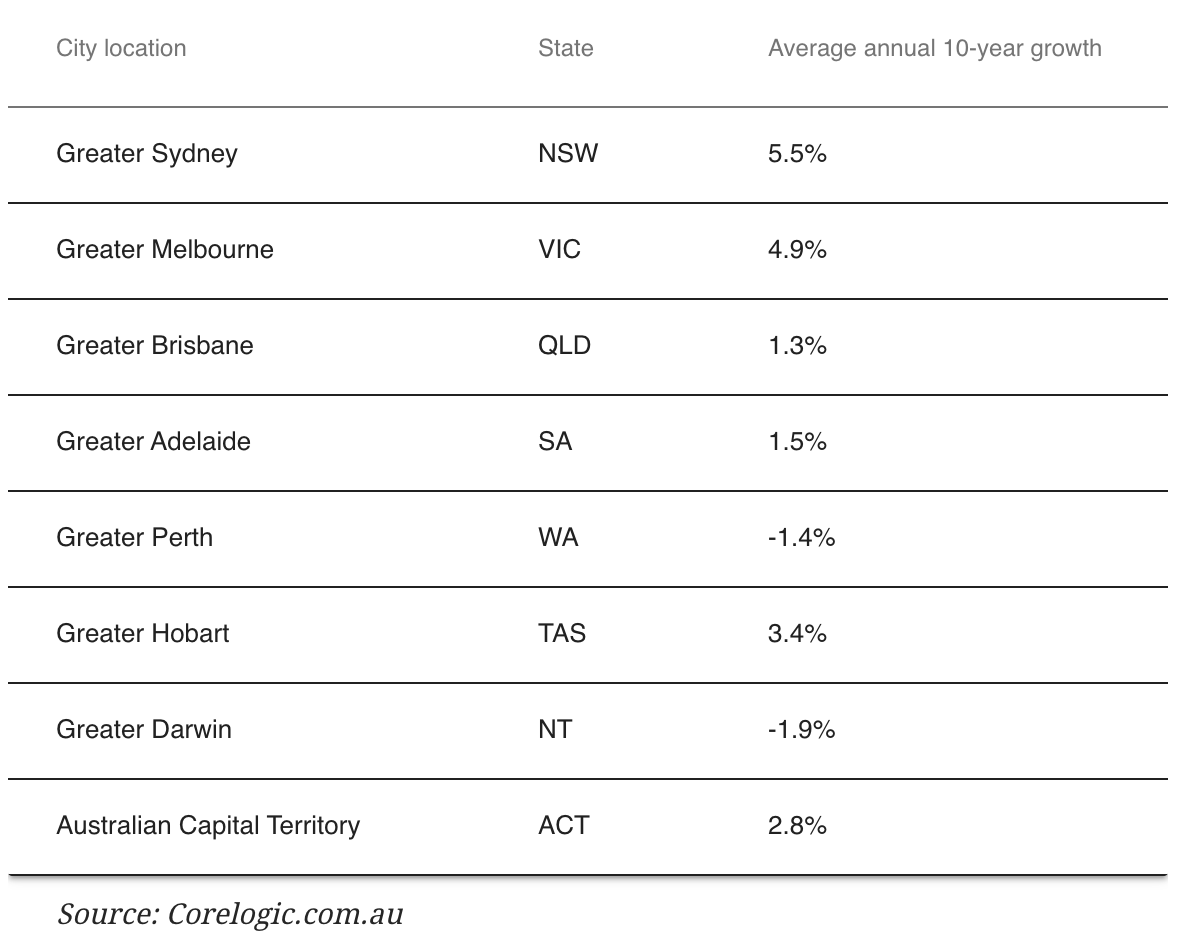 “Short-term movements are less important than the longer-term trends, which typically see housing values moving through a cycle where values will rise, fall and track sideways,” Lawless said.

The Corelogic research found the city location with Australia’s highest annual capital growth over the past 10 years was Lakemba in Sydney's Canterbury region.

Laekmba house prices increased by 8.4 per cent annually, with its median house value more than doubling over the decade to around $881,000 currently. 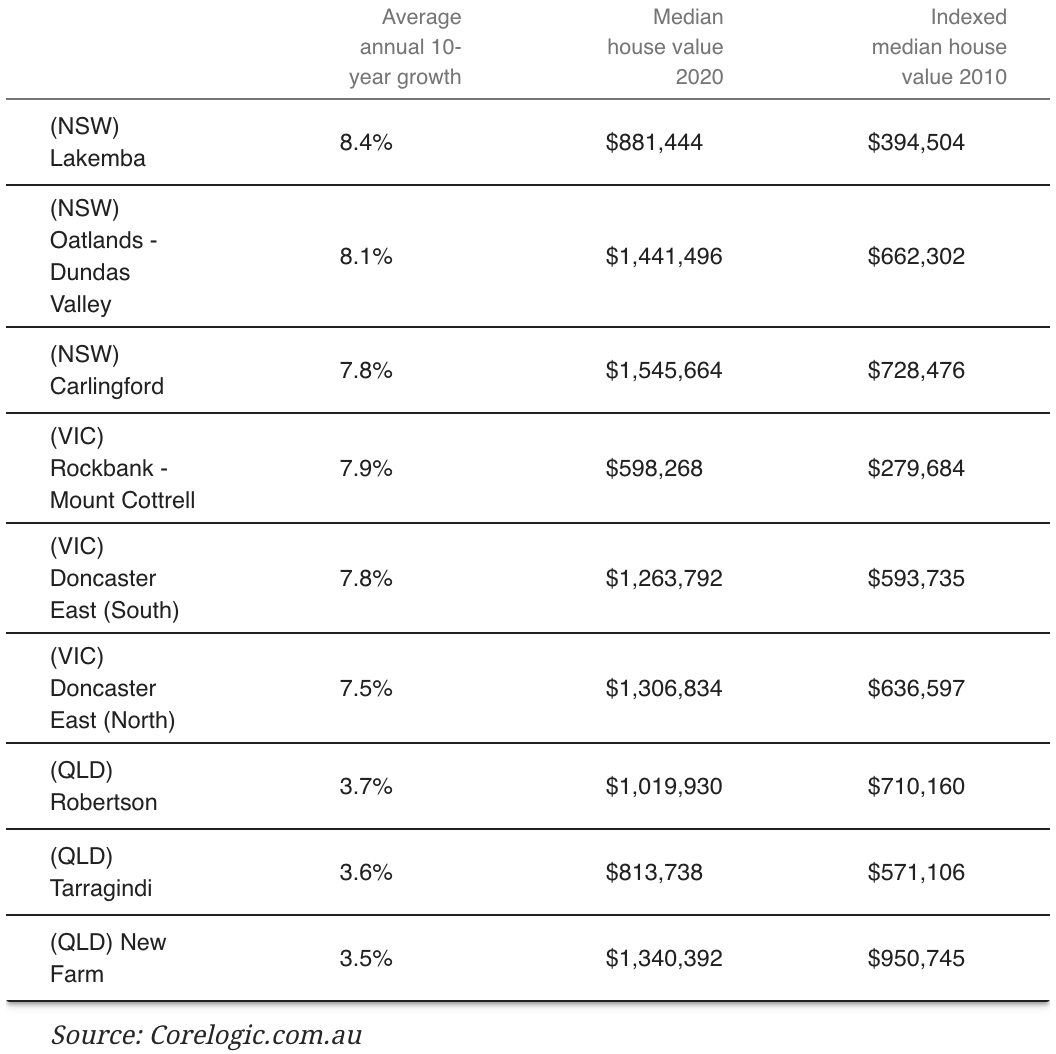 Sydney is also home to the second ranking, Oatlands-Dundas Valley region of Carlingford with a rise of 8.1 per cent over the period.

Its median house value increased from $662,000 to $1.41 million over the past decade, according to the data.

And Melbourne’s west Rockbank-Mount Cottrell took the third spot, with 7.9 per cent annual average growth over the 10 years.

The national results show that a mixture of affordable and blue chip suburbs had performed well over the period. Although, Koulizos said the research also showed that locations within markets that were deemed “subdued” continued to record strong housing value growth.

“Adelaide only recorded average annual growth of 1.3 per cent over the past decade, but its top performing location of Prospect saw prices increase by 3.4 per year over the period,” he said.

“Likewise, in Darwin, where prices reduced on average 1.9 per cent annually, in Rosebery-Bellamack median house values increased by 3.2 per cent at the same time.

Looking ahead over the next 10 year period Lawless says investors are likely to find the best performing markets as “quite different”.

“Just as they were over the earlier decade where, for example, mining regions and regional coastal markets where some of the strongest performing areas,” Lawless said.